Stonewalling is one of the most common Narcissistic Abuse tactics used by social predators to psychologically control and manipulate the emotional bodies of others.

People who use verbal Narcissistic Abuse tactics for a living tend to engage in stonewalling regularly. It is not a joke or a game; abusive people use the tactic daily.

By definition, stonewalling does just what it sounds like it would. An abusive personality type will steadfastly refuse to converse or hear rational communication in favor of self-protecting an irrational position.

A person stonewalling is likely to refuse to communicate with others — meaning listen to understand another person or peer in such a way that their point is valued, appreciated, or heard. It’s the ultimate IN YOUR FACE verbal, emotional, and psychological abuse technique.

When comparing social and physical harm done to victims, people who stonewall in order to win irrational arguments are only slightly less caustic than obvious gaslighters.

People who engage in gaslighting oftentimes will couple the verbal and spiritual abuse technique with the devastating deliberate and purposeful stonewalling technique.

Stonewalling is oftentimes used in politics to delay or block a request, process, or person.

Refusal to negotiate conflict in good faith, to be honest about motivations or intentions, refusal to compromise for the sake of bullying rather than standing one’s ground-based on socially responsible pragmatic or civic utilitarianism, refusal to listen to another person’s perspective in order to intentionally socially dominate a conversation while intentionally striving to provoke duress, refusal to collaborate in general or to collaborate in good spirit without passive-aggressively striving to sabotage, triangulate, and undermine, et cetera are all obvious examples of stonewalling to abuse a peer group, person, or preferred scapegoat melange of parties.

By refusing to answer rational, sane, and logical questions or by giving what is known as dodgy (or evasive) non-committal answers and word salad replies to valid questions, the Cluster B thinker is able to effectively abuse and control the psychology of their targeted victims while getting their way and garnering a virtually limitless supply of [essentially stolen attention.

People who stonewall do so to be mean, based on their desire (typically) to feel in control or somehow socially powerful.

Stonewalling, as a verb,  is refusing to validate another person or peer groups perspective in an attempt to invalidate, withhold social support, and to punish while concurrently refusing entirely to self reflect in a meaningful way — something that lets the Cluster B agent hide the fact they are more than likely lacking the neurological ability to process complex emotions.

To simply stonewall is nothing short of acting irrationally, in a grandiose and egocentric, attention-demanding way while ultimately behaving like a 2nd, 3rd, or 4th-grade bully.

The targeted victims end up feeling like they have wasted their time striving to show the Stonewaller respect, like they have been socially invalidated and utterly insulted,  and like they are in the wrong somehow for striving to communicate in such a way that both parties could conceivably have their pragmatic needs met.

People who knowingly use Stonewalling as a deliberate, Machiavellian Narcissistic Abuse tactic tend to pride themselves on their refusal to communicate.

It’s far more complicated than refusing to hear someone; the deliberate stonewaller is a bullish con artist, pretending they don’t understand, hear, or even acknowledge the existence of their preferred scapegoat victims and any narcissistic rival they target.

For a Cluster B person, the only thing worse than losing to a rival is being forced to cooperate in order to mutually assure survival. When Abusers use stonewalling techniques effectively, they get 100% of their needs met while ensuring no one else is considered, has their needs met, or is validated in any way.

People who use verbal Narcissistic Abuse tactics for a living tend to be situational abusers in their personal as well as private lives.

Most are heavily into playing mind games with friends, family, co-workers, and targets in order to get off on the adrenaline rush of power.

Be mindful never to allow Cluster B people to successfully entrench in positions of familial, community, or extreme social power, as once they have their foot in the door, they are likely to dominate every conversation by using stonewalling techniques to abuse their power.

Make no mistake about it. The only people who engage in the use of this tactic to socially betray hospitality while they abuse are vertical thinkers with serious core level socially aggressive and abusive personality disorder issues.

Be mindful — due to their lack of ability to process complex emotions, many Abusers and Enablers will try to convince victims that stonewalling and going No Contact with a social predator are the same thing. They are not.

By gaslighting victims into believing that stonewalling — an abuse tactic used to dominate and control social interactions and conversations — is the same thing as ending all forms of social enmeshment with an Abuser or toxic peer group after long considered, deliberate, and mindful consideration, they seek to remain in social and psychological control and (again) strive to pursue the retention of socially improper power.

People who go No Contact strive to end social enmeshment. It matters not what the person or peer group thinks about the Survivor. victim

While a Stonewaller wants to continue interaction — to lure, bait, provoke, or somehow bully a target into seeking to please them in exchange for them ceasing to withhold validation — the educated victim, aware of Cluster B peoples existence, strives only to end social and psychological enmeshment for the purpose of enforcing healthy boundaries and lifestyle choices.

At no time is a person who is striving to go No Contact stonewalling.

Because when it comes to using Narcissistic Abuse tactics, Abusers and co-narcissist Abuse Enablers strive to control the emotional and psychological responses of others.

Victims who seek to return to a healthful state after being exposed to trauma tend to seek to end the abuse, not to continue or to perpetuate a socially contentious and physically health crisis provoking social situation.

Stonewallers seek to control other people and strive to get their way 100% of the time in each and every social situation — typically at the direct known and publicly acknowledged expense of others.

At their most extreme, a person stonewalling would hear the cries of their victim and reply (if at all) with a phrase that is or was metaphorically equivalent to the pop culture fictional phrase, “It puts the lotion on its skin or else it gets the hose again.”

The Abuser’s goal is to emotionally destroy and to utterly demoralize a target to the point that they (meaning the victim) will do or say whatever the Abuser wants.

The Abuser gets the immediate satisfaction of having their wishes and desires — no matter how irrational or illogical they are — met to the fullest, while they derive sadistic pleasure from the abject psychological, stress-induced physical, and emotional torture of their targeted victim(s).

Truly, the only way to survive a social engagement with a person who stonewalls is to realize their nature and end all forms of enmeshment. Thank you for reading -- 53562 people have also visited this page in search of Narcissistic Abuse Recovery information based on the key term and key phrase selection. 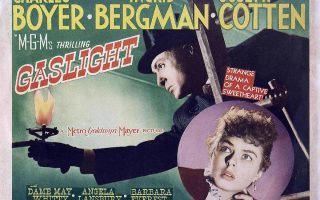 Covert Narcissism, Gaslighting, This Just In

Gaslighting is Covert Narcissistic Abuse at its finest 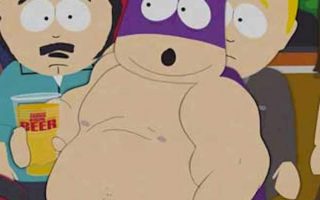 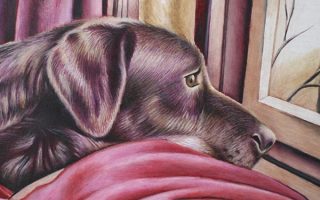