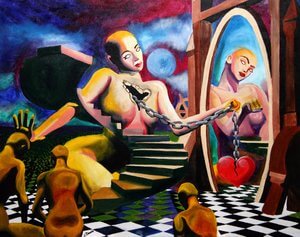 What is “Narcissistic Personality Disorder” or “NPD” for short? It is one of the more common but arguably extremely caustic personality disorders listed in the DSM grouped under the heading “Cluster B”. Considered an “untreatable” condition, people who have NPD are typically quite pleased with themselves, as their efforts to control, attention-seek, and bully are often met with great success.

Diagnosing NPD can be difficult at times, due to people with NPD typically acting covertly as situational abusers. Family and close-quarter friend reports about nasty or artificial behaviors are typically what brings the personality diagnosis to light.

The Mayo Clinic reports as follows:

Narcissistic personality disorder is diagnosed based on:

However, one of the best ways to determine if a person has NPD or not is to simply listen to them talk.

Grandiose to the extreme and utterly egocentric, it’s difficult for them to praise other people or even validate opinions that are not in accordance with or in agreement with their own.

Narcissistic people oftentimes experience what is known as “narcissistic injury”. They seem to take offense at random times then target a person, scapegoat, or group of scapegoated targets for what can only be described as punishment.

People with full-blown NPD can and oftentimes do take vendetta plots to the extreme to “get even” with a target or group that has offended them. Targets are typically caught completely unaware, neither knowing or understanding what they did or did not do to become the raging Narcissist’s target. — @NSFM_OhMy

If you have been targeted for abuse by a narcissistic person or group of narcissistic peers who have banded together to bully, intimidate, or shame you while they stimulate their own sadistic perverse streak during the act of mobbing, don’t think you are alone. With an estimated 6% of the global population meeting diagnostic criteria for having this sort of personality disorder, very few people on the planet have not come across one of these toxic people in their lifetime.

Actually, for most people, they actually know a person with NPD and are acutely aware of how difficult they are to deal with because many folks have a parent, grandparent, aunt, uncle, cousin, or sibling who meets the standard for either having NPD or another egocentric variation of Cluster B (as a personality). The Mayo clinic shares:

Narcissistic personality disorder is a mental disorder in which people have an inflated sense of their own importance, a deep need for admiration and a lack of empathy for others. But behind this mask of ultraconfidence lies a fragile self-esteem that’s vulnerable to the slightest criticism.

A narcissistic personality disorder causes problems in many areas of life, such as relationships, work, school or financial affairs.

[If you have NPD], you may be generally unhappy and disappointed when you’re not given the special favors or admiration you believe you deserve. Others may not enjoy being around you, and you may find your relationships unfulfilling.

The condition is NOT an illness. Addressing behavior issues in such a way that the affected person in question feels they will receive a direct benefit they want from acting appropriately and demonstrating an awareness of proper manners is typically the most beneficial for all parties involved.

No one wants to be the scapegoat, target, or “collateral damage victim” who provides a new bull’s eye target landing zone for an emotional dart-throwing Narcissist or other mean-spirited and toxic person.