Skip to Content
Home Home Home / What is a Cluster B personality disorder by definition? 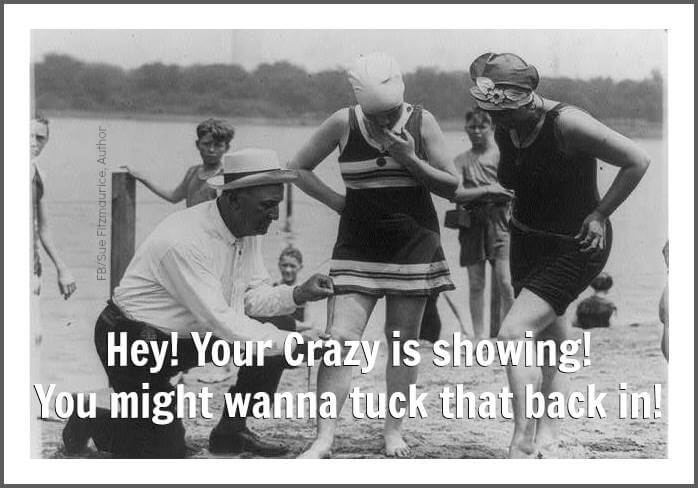 What is a Cluster B personality disorder by definition?

It is actually a reference to a group of personality types classified by psychologists and psychiatrists who base their diagnosis professionally recognized and defined in the DSM — the globally accepted diagnostic manual used by psychologists, medical healthcare providers, and mental health care professionals worldwide.

It refers to a group of extremely egocentric people who have extreme difficulty seeing any reason or need to regulate impulses. For that reason alone, “Cluster B is called the dramatic, emotional, and erratic cluster…” notes Community Counseling Service. If you are struggling to understand why someone has treated you abusively then told you directly (or implied) that you were “over-reacting”, “too sensitive”, “thin-skinned”, or acting crazy for being offended, you have come to the right place to self-educate.

Simply knowing (from an intellectual standpoint) that a person who is attacking you is guilty of egocentric and toxic thinking can help you depersonalize and compartmentalize abusive key terms, mind control methods.

Their attacks, undermining attempts, and temper tantrums will remain unchanged, but the more you learn to accept the fact they are not sick and choose to behave in caustic or antagonistic ways become faster and faster to recover from when you start being honest with yourself.

The bottom line, there truly is only one way to win their competitive and juvenile games. Their attempt to employ bullying, antagonistic, or shaming brainwashing tactics lose their effectiveness only when and if a target, scapegoat, or collateral damage victim refuses to engage.

The following list of hashtags and acronyms is used to further classify Cluster B personalities for the purpose of doing keyword specific research online:

Please note the field of Social Science as it relates to Behavioral Psychology, Child Development, and basic Cognitive Psychology is in an ever-changing state of development. For instance, the following stipulative definitions are being actively analyzed for accuracy and new emergent definitions are forming for the following Cluster B personalities:

… are all further being considered as deviant personality types that are likely to be re-classified with distinction under the over-arching spectral analysis identifier #ASPD.

Such terms for classification are likely to be further subsumed under the classification heading of “Cluster B” in an attempt to ensure the right advice for how to deal with them from a behavior [management and/or effective containment] standpoint is key.

Doing daily word search rituals for self-help and psychology resource material about how to spot the red flags and warning signs of Narcissistic Abuse, Cluster B people, and toxic personalities can help put victims on the fast track to Narcissistic Abuse recovery.

Read all you can about various personality types — but remember to protect and distance yourself from any person exhibiting suspicious character or abusive traits of a person who fits the stereotype for behaving in ways that are socially corrosive.

Narcissistic Abuse recovery reading is essential for Adult Children of Narcissistic Parents or for any person who was raised under the influence of a toxic family member.

Whether parents forcibly make children live in a household with pervasive abuse occurring, a sibling has a personality disorder like Oppositional Defiant or Conduct Disorder, or a grandparent who is Narcopathic by nature due to generational influences interacts with them, looking back at how they were raised and encouraging them to rethink cultural attitudes they were taught can truly save not only the Adult Child but all future family generations from believing the same gaslighting and falling into Narcissistic Abuse patterns.