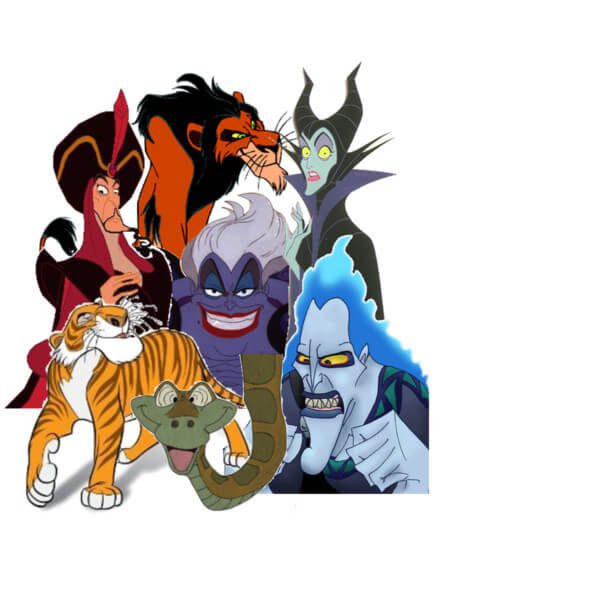 It is a tale as old as human history and time itself. Cluster B personality disorders have been described since long before the creation of any Old Testament, Koran, or New Testament Bible version.

Cluster B personality types are those who are socially aggressive and prone to violence. Literally, it is their socially competitive (rather than collaborative) abusive personality type that defines them.

While ancient cultures painted pictures of wicked creatures with fantastically terrifying forms and figures, more modern civilizations told stories about people who, for whatever reason, acted monstrously to friends, family, societies, and our neighbors.

People who have been involved in the Domestic Violence underground railroad movement (of sorts) have plenty of proof that slow activism helping to re-educate dysfunctional families [with faith, perseverance, and tenacious introspective analysis] can and does actually work.

“Such caustic or “toxic” personalities may, during life, have exuded a sense of domination, victory, or artificially inflated prestige. Most meet with an untimely demise or find themselves without the care or companionship of loving people in their later years (the years beyond which senior citizen’s can hold community power or enjoy the benefits of youthful physicality).” — @NSFM_OhMy

Such caustic or “toxic” personalities may, during life, have exuded a sense of domination, victory, or artificially inflated prestige.

Most meet with an untimely demise or find themselves without the care or companionship of loving people in their later years (the years beyond which senior citizens can hold community power or enjoy the benefits of youthful physicality).

Learning how to parent your inner child can help speed up the healing process.

Learning how to re-parent your own inner child and take responsibility for how much you let other people control you can help speed up Narcissistic Abuse Recovery.

The moment you feel your buttons being pushed, know that chances are you are either reacting to a negative situation properly (by being upset and angered justifiably by a person who knowingly is trying to bait, control, or otherwise manipulate you) OR that you yourself have uncovered a new personal trigger.

Either way, simply the act of recognizing the hot button can be helpful.

“Feel the feels…” as the Spartan Life Coach Richard Grannon so eloquently suggests then do whatever is necessary to depersonalize the personal attack (in the Zen-like sense).

Try to observe your emotional process while it happens, feeling emotions like grief and anger without feeling the need to self-criticize like your abuser and his or her Flying Monkeys all seem to suggest.

Trust us — the only reason they want you thinking that you are overly critical of their toxic behavior patterns is to make you doubt that you are worthy of being treated with respect.

Narcissistic people actively seek to con friends while brainwashing you.

Be who YOU needed as a role model when you were younger. Learn to parent your own inner child and always remember to PAY IT FORWARD. Act the role of a mentor when you have expertise in a particular area and ask for mentoring when you need a helpful, wise, or supportive friend.

All pathologically lie about themselves, to one another in a narcissistic peer group, to their own romantic partners, children, the authorities, and other family members.

It is part of the cycle of Narcissistic abuse, the desire to love bomb followed by a private devalue.

Relying on you to keep the secret you are being abused is their habit. They trust you to protect their image out of loyalty while they know the truth is, most victims keep the abuse and domestic violence they suffer privately from a sense of fear.

Break the silence before C-PTSD starts to negatively affect you.

Victim and Enabler’s silence is an abusive person’s most effective weapon. As such, one of the most important things to keep in mind if you find yourself being abused is to remember staying quiet seldom helps you.

Keep in mind that your silence or passive complacency tolerating or overlooking narcissistic abuse truly is the abusive person’s most effective and potentially lethal way of harming you.

Victims of pervasive stalking, social isolation, ongoing harassment, bullying, shaming, mobbing, and other gross forms of Narcissistic abuse develop a condition known as C-PTSD over time. It is a conditioned PTSD response where the mind and body are literally frozen (neurologically speaking), trapped in the human’s complex biological response.

Why would a child abuse victim, for instance, still suffer from emotional angst over mental abuse issues, physical harm, or emotional abuse throughout their adulthood?

Believe it or not, there’s actually an incredibly simple answer — one that does not make emotional sense to horizontal or spherical thinkers except in the abstract but is the only way the vertical thinking mind can make sense of it all.

Because as targets, scapegoats, or victims they have been repeatedly betrayed, abandoned in their hour of need, or painfully targeted for abuse.

It’s the same condition healthy and normal people develop after being kidnapped, tortured, incarcerated in a dangerous or high-stress environment, going to war, or have (in some way) been repeatedly traumatized.

Abuse is just a game for Abusers and their Enablers.

Soldiers who see friends killed or witness carnage relive the events over and over in their minds… not because they will not “let it go” but because their neurochemical response to external social stimuli has been functionally altered.

While Abusers and their Flying Monkey Abuse Enablers get busy convincing everyone you are mentally unstable, a pathological liar yourself, or things far worse, abuse targets and all collateral damage victims process their social experiences more like trauma incidents and less like proud reality television-based game show contestants.

The average target or scapegoat only knows that they are starting to suffer from a bad case of C-PTSD after being targeted for ongoing social and emotional abuse. Many report something most physicians have been calling “sourceless anxiety”, leading their healthcare providers to misdiagnose abuse victims with silly things like low self-esteem and or depression.

PTSD and C-PTSD are medical issues related to trauma.

Many abuse victims report what always tends to sting the most is their own cognitive dissonance developed from living with a person who clearly has a personality dysfunction — but turns on the charm like no other when and if they are playing to a crowd, love bombing, or hoovering.

Staying silent about emotional abuse, mental abuse, physical abuse, social abuse, or financial abuse only allows Abuser and their Enablers the freedom to act like situational abusers then sabotage your reputation with regard to your mental health status while making an ongoing covert argument behind your back about why you failed to report their behavior to the authorities, family member, co-workers, and personal friends.

Every day you willingly decide to keep their deepest, darkest secrets hidden while you protect both themselves and you from having your names in the local gossip pipeline is one more 24 hour period they have to scapegoat you and tarnish your public, social and psychological reputation.

Expect Narcissistic people to deny having abused you. It’s commonplace — and yes, they do know what they are doing and why.

But most importantly, realize that Cluster B people who lack compassion and psychological educations related to Narcissistic Abuse are likely to say incredibly damaging things to undermine victim ability to seek validation or help for seriously debilitating, physically inspired psychological and emotional issues.

People who situationally abuse others love to ridicule victims for fun and sport.

Invalidating victim experiences after situational abuse is their forte. Abuse Enablers love to watch your face when they question the validity of your subjective emotionally traumatizing life experiences, too.

More so, though, preparing to steady yourself for an onslaught of smear campaigning. If you have a healthy neurotypical response to abuse — feeling traumatized, victimized, and like the abuse was unnecessary, expect them to call you every crybaby name they can dream up in order to silence victims while promoting toxic shame in the mind of their targets and any prospective source of Narcissistic Supply.

If the person or peer group who abused you is narcissistic or anti-social and manipulative in any way, expect them to tell wildly outlandish tales about why they abused and why they think that person deserved the abuse. In their minds, the only thing worse than losing is when human beings create win-win situations.

The worst of the worst will patently lie about what they said, did, or failed to do at any given moment. Deplorable to the core, the only thing that matters to them is their personal desires minute to minute.

In a perfect world that might sound fantastic. But in this world, limited by the apparent confines of a three-dimensional universe, people indulging socially caustic desires by habit tends to make life hell for everyone, especially their victims.

Vertical thinkers tend to be pathological liars by nature.

Cluster B people tend to lie without remorse in their efforts to socially manipulate, gaslight, and self-promote. As vertical thinkers, if they are confronted with a chance to deceive or mislead someone — especially when it wins them social favor — they prioritize their desire to one-up others over collaborating and treating them respectfully in order to promote a pro-social dynamic.

They will lie to friends, family, their children, and parents. It does not bother them one iota to pop a fake post about their everyday life up on Facebook or other social media sites pretending things are one way when actually, they are some way that is dramatically other.

Lying without remorse to every person willing to lend them an ear or shoulder to cry on while they flat out make up stories to embarrass, isolate,  then socially, financially, spiritually, emotionally, physically, and psychologically destroy is a common trait of most Cluster B people.

Lying pathologically and gaslighting in the hope to enact vendetta agendas, to manufacture chaos to alleviate boredom, or to self-promote at the expense of others are is all par for the course moves in Narcissist’s playbook.

Resist the urge to take their hurtful words and toxic deeds personally no matter how personal betrayals of goodwill, hospitality, or trust in them seem to be.

If they have a socially aggressive and abusive personality type, expect them to display garish and deplorable traits of entitlement thinking and grandiosity persistently.