How do you spot a card-carrying Sociopath? It can be hard to do when you are not 100% sure what the difference is between sociopathy and someone who has a simple or mild Narcissistic Personality Disorder. Sociopaths tend to be overwhelmingly narrow-minded and almost tunnel-vision self-absorbed, but without all the pomp and circumstances their more grandiose and flamboyant NPD, BPD, or HPD friends seem to compulsively exude (even without words).

The following letter came in recently to the Flying Monkeys Denied team, asking for help figuring out what a woman’s husband seemed to be capable of behaving abominably by habit without showcasing all the typical traits of a person who is simply narcy.

Without further ado, here is a copy of what the reader sent in, coupled with the answer one of our abuse advocates put together to assist the woman in her self-help keyword internet research endeavors. Wondering how to spot a man  (or woman) with mild ASPD issues? Look for the most irrational, emotionally distant, “angry”, and hard to please person in the room.

I’ve been researching this topic for a while now after suspecting that my spouse has NPD. However, he doesn’t seem to really fit into any of the categories, so I’m wondering if he has this or is just plain controlling. Could you help me figure this out? Here’s what I’m seeing from him:

1. He is quiet & a loner. He doesn’t have any friends.
2. He thinks he’s right all the time and argues about everything. In fact he’s said: “I’m right all the time. I can’t help that. That’s just the way it is.”
3. He treats everyone in our home like slaves. He said children’s only purpose is to meet the needs of their parents.
4. He gets upset very easily and can become angry to the point of apoplectic rage. Several things have been broken in our home and when the kids were younger, he physically abused them.
5. He is condescending, judgmental and very racist. If someone doesn’t fit into his box, he/she doesn’t count.
6. He has a very traditional view of male and female roles. He thinks women are to obey men. He has said to me: “If you only obeyed me, your life would be perfect.” He constantly compares me to his mother.
7. He is incredibly jealous of my relationships with others, especially my best friend, who is a local schoolteacher and the children’s pastor at our local church. There is absolutely nothing going on, yet he believes I’m having an affair. Every time I go out, either with friends or somewhere related to my work, he thinks I’m doing something illicit.
8. He thinks that I’m selfish that I do anything for myself. He absolutely hates that I’ve gone back to school and believes what I’m studying is “quackery” – he’s actually said that to me. He said that it’s my fault that I didn’t originally pick a field where I could make money and that what I’m doing now is draining our finances. He seems to forget that I stayed at home for 10 years to take care of our children, thus saving us thousands of dollars in daycare.
9. He is verbally and emotionally abusive. We all have to walk on eggshells.
10. He is always negative and never has a positive thing to say about anyone or anything.
11. He gets upset when I spend any money & he got really pissed when he discovered I opened up a personal checking account at the bank on campus. I wanted to cover my own daily expenses for lunch and such without needing to pay ATM costs, and wanted to keep my own educational tax write off expenses separately. Now, he claims I’m hiding money. I purposely chose to open the account with our home bank (so it would be included on our monthly statements) to prove that I wasn’t hiding anything.
12. He hates when anyone comes to our home. Every time I’ve had my friends over, he’s gone downstairs to hide in our basement area or he will go out until they leave. The last time I had someone over, he left our home for hours and when he came back, he saw my friend hadn’t left, so he hid in our bedroom until they did. When I went upstairs to ask him to come down, he yelled and cursed at me. It was so loud, I’m positive our company heard. I had to make up an excuse for his abominable behavior. I got yelled at after that person left. It’s been over a year since I’ve invited anyone over because I don’t want to be embarrassed like that again.
13. He yells and curses like a sailor every day. He cannot say a single sentence without swearing.
14. Every time I bring up his behavior, he counters with any of the following: “You’re too sensitive,” “It’s all in your head,” “The problem is yours, not mine,” “You have a mental illness.”

Just so you know, I am planning on leaving him. It just would be nice to know that there is really something wrong with him and that I’m not going crazy. After being beaten down so much, it’s hard to tell what is really you and what’s really him.

He’s displaying all the standard, run of the mill, garden variety character traits of a mild Sociopath. Check out information about Anti-Social Personality Disorder and ASPD.

You are right to suspect something is seriously wrong. Chances are if you put his head through a brain scan, psychologists would find he has reduced empathy.
WITH THAT SAID…
Consider the possibility of a co-mingled TBI. If he ever suffered a bad knock to the head as a child or as an adult… that could easily explain his propensity for BLURTING.
Check his prescription and over the counter med intake as well. Meds with TYLENOL (acetaminophen) as the BASE are just being proven to deplete empathy just as our smart and loving grandmothers first started to suspect.
You are not crazy or being overly sensitive; regardless of his diagnosis, leaving as fast as you can is the healthiest choice.
The way he’s acting creates an environment of AMBIENT ABUSE in the home. It’s sure to end up gifting C-PTSD issues to everybody. But don’t take OUR work for it.  We encourage all our readers to TRUST THEIR OWN JUDGEMENT.  Only you can know for sure whether or not his daily habits and personality type seems to follow the pattern of a Cluster B thinker or person who has ASPD.

If you or someone you know is being abused and quite frankly they are simply baffled as to WHY, consider putting together a list of their symptoms, personality habits, and pattern behaviors (including triggering events, holiday, or anniversary / commemorative date flare-ups). Our staff writers, Fan Page Mods, and Abuse Recovery Advocates will review the material and get back to you with a list of research terms that can help YOU figure out the truth about what has really been going on.

Click here to email –> flyingmonkeysdenied@gmail.com or follow our daily Q&A answering of questions submitted privately to the back end of our site from readers and followers. To follow our official web page and join in listening to the public discussion, visit facebook.com/flyingmonkeysdenied or follow the informational post link shares our team members distribute on Twitter.

If you found this post share helpful, please feel free to pay it forward. Our staff and writers actively encourage you to share the knowledge with someone whose quality of life, physical health, and psychological or emotional well-being matters to you. 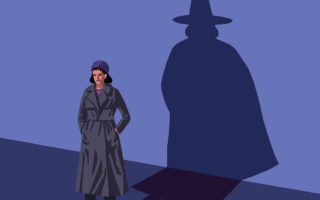 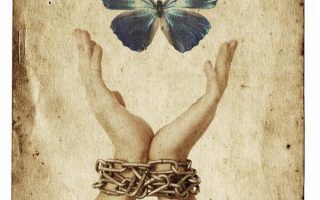 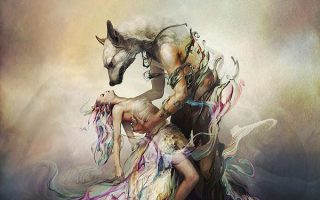 What is a Womanizer by definition?