What is Object Permanence Syndrome?

Object Permanence Syndrome is that feeling people have that there is no connection to the all, that things like morals don’t matter if no one considered to be of import by the medical subject is watching, and that unless someone is caught red-handed and successfully prosecuted in a court of law — returning a guilty charge — the idea they are not socially or morally or in any way personally accountable for any act or action.

In medical terms, Object Permanence Syndrome is something Cluster B people have a lot of but most people considered Empath, high EQ, and or HSP do not. People with healthy neurological tissue and fully functioning EQ do not go through daily struggles trying, for instance, to feel a connection between other people and themselves.

Further, people with healthy emotional intelligence do not tend to anguish by physically trying to force themselves to emulate people with Newtonian Syndrome who are by nature groomed vertical thinkers.

Object Permanence is the complex emotional understanding that objects continue to exist in the universe whether or not a particularly grandiose and tunnel-visioned perspective person behaves as if that is not at all the case.

People with issues related to grasping the concept of Object Permanence are likely to have been highly unsuccessful in understanding the importance or moral lesson of playing Peek-A-Boo games with their parents and caregivers.

If the adults in their life never took the time to help them understand the concept that even when they, as a moral actor, are not seen, heard, touched, smelled, or sensed in any way doing some sort of action — positive or negative — that their action did not count or impact the world around them in some way.

By touching and handling objects that a parent takes out of, for instance, a toy basket put away in the closest then taking it back out to allow them to play with later, even the youngest of infants tend to develop implicit confidence in generalized object permanence.

By the time they figure out that covering mommy or daddy’s face with their hands does not mean their face stops existing, they get a sense that the people that come and go in their life can be trusted to physically still exist whether or not that person or peer is out of the young infant or toddler’s presence.

“Object permanence typically starts to develop between 4-7 months of age and involves a baby’s understanding that when things disappear, they aren’t gone forever. Before the baby understands this concept, things that leave his view are gone, completely gone,” reports VEIPD.org in an article about how to teach Object Permanence using the playing Peek-A-Boo technique.

A spouse who acts like a serial cheater when his wife or her husband is out of the room then pretends because betrayal has not been witnessed directly by the betrayed love interest that it does not count with regard to the social and karmic assessment of their character is likely to be profoundly Cluster B and suffering from a common variation of the disorder. One where they truly believe covert exposure to trauma or immoral and arguably toxic [clandestine] social activity does not impact their own neuroplasticity or their genetics. 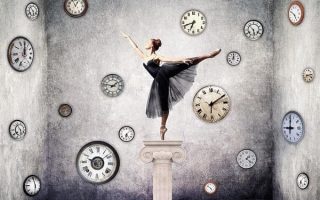 Little girls with Daddy Issues grow up to be toxic parents