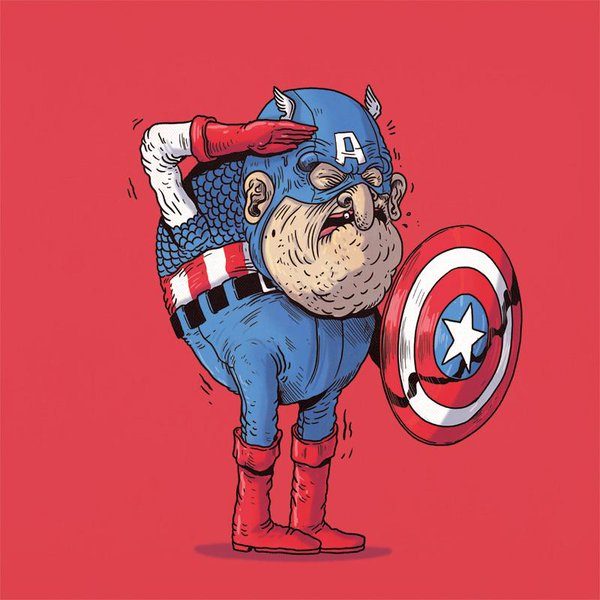 As Narcissists and narcissistic people age, the results are not pretty. Where they might have been able to charm and manipulate their way through life efficiently when they were younger, most lose social and psychological power over others as they begin to age.

Not only do their bodies start to fail them over time, but once they lose the “cute” of their youth, if they haven’t emotionally or psychologically matured, most conversations with them end up feeling just dreadfully painful.

Since Narcissists seldom mature emotionally much older than the age of 6, it is truly traumatizing to have to listen to them.

With 13 or 14 years old being the psycho-social and emotional cap for the EQ [Emotional Quotient] rather than the IQ [Intelligence Quotient], having to work with or deal with most is like having to subject yourself to a cross-country car ride with a combative or angry teenager at best.

For that reason alone, the findings of the new study seem to line up directly with what seems to happen in life to most Narcissistic people.

They tend to dominate their social environment using brutal, covert situational abuse tactics, but as their social circle starts to narrow inevitably during old age, they are able to find fewer and fewer people emotionally and psychologically capable of providing care due to the narcissistic predator’s unquenchable thirst to abuse.

When Narcissists were children, they might have been seen as part of the in-crowd or as the leader of a mean-spirited clique. Conversely, their personality may have been so extreme they were set apart from the school crowd, noted for having deviant but strong “stylish” personalities.

[Think about the loner rebel who is mean to everybody except their preferred few. If a narcissistic child or teen seems to have a posse, understand it’s a red flag warning that they might be running with a narcissistic clique or criminal crew.]

Then, by middle school, their bodies start to change. And all bets are off until the child turns biologically into an adult.

Those Narcissists who are good looking have a tendency to turn into Somatic Narcissists. Many who are bright intellectually but less than fortunate in the looks department tend to lean towards developing the Cerebral Narcissistic side.

Depending on the source of their narcissistic temperament (nature or nurture), all will begin to show glimpses of who they are to become in the future around this age.

Seriously — pay attention to children who (for whatever reason) start behaving badly in middle school. Forensic psychology and the study of personality development does not excuse behavior — it helps victims and authority figures understand how to best approach addressing the socially abusive character and actor.

If they did not come out of the womb with an egocentric personality like Oppositional Defiant Disorder or develop the early warning signs of Childhood Conduct disorder, chances are they have either witnessed traumatizing events, been subjected to trauma themselves, or there truly is something they are hiding from you.

[Note: Children who start acting out by late Elementary or early Middle School years have oftentimes experienced being bullied at home or sexually abused. Resist the urge to minimize negative behaviors or to back down about the need to set healthy boundaries with children of this age; bad tempers are not normal no matter what Enabler friends try to tell you. The very same person trying their hardest to convince you that a child’s behavior is age-appropriate is the one most likely to have situationally and covertly abused the youth.]

If they are truly toxic by nature and are biologically incapable of feeling empathy, their egocentrism lends itself to the development of NPD (Narcissistic Personality Disorder) in later life. By the time kids turn 18 they can, technically speaking, be diagnosed — but truly, it is between the age of 18 and 28 that the personality fully forms, calcifying their nature into something people who are not afraid to make pop culture references in the field of psychology might refer to as a “head case”.

If you have ever heard the phrase “bat$hit crazy” or “Psycho!” used to describe the temperament of a person, understand it’s a red flag they might have a Cluster B personality disorder that reflects an egocentric perspective prone to rage and violent incidents.

Such controlling, abusive, grandstanding, bullish, and manipulative tendencies tend to become more overt over time in a person with ASPD… and the same goes for people who are Malignant Narcissists.

Technically speaking, the more issues they have as comorbid problems, the more likely they are to be less and less covert when they abuse someone. What you find is as they age, if there is a predisposition to egocentrism and crazy-making behaviors, the senior citizen Narcissist or person with Anti-Social Personality Disorder tendencies is likely to skip maturing with age.

If they are a Malignant Narcissist (an extremely toxic form), they tend to get worse with age. Rather than growing up or learning how to be a better person over time, they all (almost unilaterally) end up acting more overtly mean.

Truly, Narcissists, Sociopaths, Psychopaths, and other toxic people spend their productive years honing the art of how to abuse people. This is how their power and control “wheel” tends to wobble over time. Learning how to effectively control, dupe, con, and connive during their youth:

Seriously, it’s all part of the way karma works. Narcissists don’t devolve over time. They are cursed to remain the same, only become less and less successful at their attempts to bully or manipulate the psychology or emotional bodies of other people while acting covertly.

While healthy people in their 40s and 50s are starting to hit their personal best, professionally and personally speaking. If they [the 80%-ers, not the Narcissists] chose to marry young, their children hit high school and college graduations and the “empty nest” seem to happen right on time.

Parents who mature along with their children — perpetually remaining in the adult hot-seat — reach child graduation time with a sense of relief coupled with familial pride.

Simply getting a child through high school and into college is a tremendous milestone of success for functional parents. Not only is it a pleasure to still be young enough when kids graduate to be able to pursue new career goals (with parents unencumbered fiscally and physically), finding a pet-sitter is the most challenging caretaking event when and if the opportunity to travel arises.

Either they don’t have the study skills normal, loved children develop with the help of parents over time (because they parents themselves failed academically) or the chaos the Narcissistic Mother or Narcissistic Father has created throughout the duration of their childhood cripples them socially and emotionally from a functional perspective throughout their 20s.

If they refuse to get help — instead, turning to drugs or alcohol use to abate anxiety — the children are doomed to repeat the pattern of self-sabotaging themselves or bullying other people throughout their life.

Parents who are Narcissistic may see the child as competition. Somatic Narcissists might be jealous of a child once it stops looking like a baby they can control and starts to look like a competitor for physical and emotional attention.

Narcy people get more obstinate about their need to “win” arguments or social interactions they have artificially projected an air of competitiveness into while attempting to gaslight friends and family into thinking they are being victimized in a narcissistic rivalry.

On the other hand, run-of-the-mill Sociopaths (rather than Psychopaths) tend to be able to socialize more stably over time.

They still are dangerous and unpleasant to have to spend significant personal time around, but still… they tend to have less violent rages than their angry Cluster B friends and family.

While a Psychopath or a Malignant Narcissist is likely to rage frequently and for their cruelty to increase over time, the flat-line emotional nature of the Sociopath leaves many of them able to successfully navigate and make friends (at least) in a corporate, well-structured, predictable environment.

But both personality types, as untreatable personality disorders (rather than treatable conditions), can only be managed. Literally — managed. As in BY THE VICTIMS.

Narcissistic people live their life as pathological liars (so they never truly develop character). The ultimate bullies, they grow up to become the crassest, cruel, opinionated, and/or obstinate old people.

All Cluster B personality types are toxic by nature. Primarily self-centered and competitive by nature, they constantly perceive intentional slights where none was ever intended.

Truly, the people who are forced to care for such difficult people as companions or caregivers suffer the most as Narcissists age. And the problem is expected to get worse rather than better as narcy Baby Boomers — raised by toxic parents — reach their golden years, leaving their own Gen X children at their mercy as current Enablers and future caregivers.

The narcissistic people themselves spend most of their time finding fault with others, manufacturing chaos for others out of boredom, or spend their time pitching temper tantrums while attention-seeking while attempting to impose their will on others by frightening them with their conspicuous displays of contempt and rage. 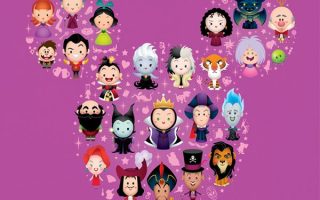 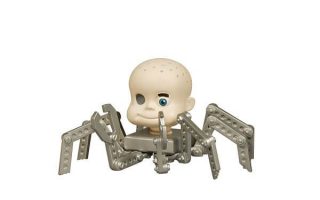 Bullying, Love Fraud, This Just In 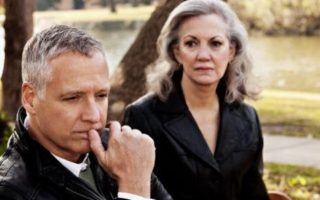