Time to fess up. Going low to no contact with a domestic abuser might mean leaving behind beloved friends, pets, your own children, all the people in your family’s social and emotional support network. Why?

Because people with entitlement issues, who have personality disorders, who have a mean streak, or are predatory by nature are oftentimes supported and enabled by those very same people who victims report feeling sentimentality about.

It is the hardest part about drawing lines in the sand and walking away for good when and if obnoxious, thoughtless, cruel, abusive, or otherwise manipulative and conniving people come bounding across them like Dee Dee on the Cartoon Network show “Dexter’s Laboratory“. If a narcissist enjoys pushing you around, a narcissistic Enabler loves ferreting out trigger issues.

It makes them feel powerful to button-push an already functionally incapacitated person in an attempt to trigger them or rattle their cage even more. They are nosy, act with a sneaky but pervasive sense of entitlement, and thrive on gossip. All are Flying Monkeys, though the milder ones are of a more covert sort.

If you are going through a divorce or family estrangement from an abusive person, expect Flying Monkeys to come out of the woodwork and start pushing your buttons faster than Dee Dee pushes her cartoon brother’s. If you are walking away from a toxic family home, people you kept abuse secrets from will be the first to defend and show support for the antagonistic person… and yes, damn skippy it is likely to enrage the true victim to see their abuser (rather than themselves) treated with respect, validated in their need for attention, and duping those who the abuse survivor truly cares about (namely family members and mutual friends).

Some may have been conned by a narcissistic predator completely and truly have no earthly idea they are abusing you by defending a monster, blaming the victim, and engaging in abuse by proxy for them — but that is THEIR PROBLEM TO DEAL WITH — not yours. If a new love interest gets conned, be thankful they are willingly taking the Narcissist off your hands. Kids who align with a nasty or manipulative parent will figure it out eventually. Granted, the time it takes them to do that may cost THEM a healthy, functional, and loving relationship with you, but if they are adults it is their free will choice. Some people refuse to listen so there is no point in wasting your breath or time trying to actively have a relationship with them.

Learn how to detach. Go Zen.

After all, the Buddha was right when he came to the logical conclusion that desire is the cause of all suffering. Stop trying to please the Narcissist or save his current and prospective victims. But more importantly, stop going back to the people who helped your abuser break you.

How different? That depends on you.

Ultimately, Narcissistic Abuse recovery is a choice. If you choose to stay actively engaged with dealing with them (out of greed or laziness yourself) be aware that abuse from a narcissistic person tends to get worse with time. They typically end up getting very good at mastering covert abuse during their thirties and forties. By the time they hit 50, they are in their personal and professional stride, experts at coercing, conniving, bullying, steering, manipulating, breaking laws, and functionally getting away daily with compulsive lying. Once they are in their 60s and 70s and their health, financial viability as a producer, or vitality starts to decline, look out! They tend to take their frustrations with themselves out on those closest to them (socially and emotionally).

What that means is, if you waste your productive and vital years trying to please them, chances are you will find yourself 40 and in the discard pile. If you hook up with them as a second or third spouse, you not only get nothing from their youth, you get nothing but stuck taking care of them through the duration of their senior years, namely the years they are most likely to be the least emotionally and socially supportive of a partner and also completely attention-suck all their time and emotional energy from them.

Then, one must factor in the toll on the physical body. One also has to understand that a parent who suffers from C-PTSD is not only likely to suffer with or die from illnesses directly caused by stress, they are also setting a role model for other family members, the community at large, friends, and children.

Now… understand the next statement is not in any way being shared as a critique or judgment.

Staying because you do not have the money to leave is a choice, nothing more. Staying for the kids — forcing THEM to witness you being abused — does nothing other than exposing them to an active Abuser and an Enabler. It’s a bad choice in every circumstance, period. Any person who says otherwise is enabling victims to behave in selfish ways that are masochistic and brutally corrupt and distort the personalities of children.

People walk out of abusive relationships all the time. Some leave with the clothes on their back and nothing more. Many leave knowing they will be hunted and stalked sometimes for decades by angry, rejected, erotomaniac stalkers. Talking to them 10 years later, they lead happier lives and only regret not having left sooner. This is a fact — not circumstantially dependent.

ANYONE can leave unless they are being held hostage. But even a kidnap victim will tell you this — the reason they survived is that they never lost hope or faith in the belief that they COULD not only escape but WOULD.

Men and women who care about doing the right thing for themselves and their families walk away every day. They feel the fear and do it anyway.

We know this sounds harsh. Be mad if you want, hearing, listening to it, or reading it — but understand, it’s nothing more than an assertion of provable, factual, non-disputable, rational truth. It is also one that helps people survive and get help for their children should they decide to play the role of “Co-Narcissist”. It’s something that needs to be pointed out to people who have severe C-PTSD or Stockholm Syndrome, especially — noting that in such cases, a person may stay because they don’t see escape as a possibility.

If you are reading this article and feeling hopeless, understand Narcissistic Abuse recovery is never “easy” What it is, however, is POSSIBLE.

Those who want to recover dedicate a block of time daily to reading about abuse recovery as well as strive to educate themselves about all forms of narcissism. They share news about how to heal, how to deal, and how to successfully recover.

They learn to spot the red flags and warning signs of people acting with a pervasive sense of narcissistic entitlement. But more importantly, when they see a person acting abusively towards themselves, another person, an animal, a system, a community, whatever they are not afraid to bring it up to the person. The true survivor, in essence, becomes a healer.

Narcissistic Abuse SURVIVORS break the silence with pride to honor all the men and women in world history who died. We speak for our children, on behalf of our children — even if and when our own kids have been so traumatized or victimized by entitlement-promoting abusers that they become conformist enablers themselves (or worse… develop their own personality disorders).

Keep the faith and educate. Take responsibility for your life and your own choices. Understand that you have the power to decide how you spend your free time as well as how you choose to live your life. Whether or not you are forced to deal with narcy people in your life matters not.

One of the coolest things about being a human is despite our biological limitations, each and every day we are all who and what we decide to be. Our experiences may influence us, but they are simply transient pressures impacting core natures.

Who you are at the core… what you are… by nature — not nurture — is at the heart of solving every abuse mystery. It truly comes down to something far less controversial than trying to sort out who is right and who is wrong when and if a high conflict situation rises up. If one person is the antagonist who sets karmic wheels in motion by pushing aside or shunting off someone on a course trajectory for living a positive life, they are the human being morally, ethically, and legally responsible for the disenfranchised person’s lack of welfare.

Dee Dee minus rude equals happy Dexter. As in the cartoon Dexter’s Laboratory, a place where an inventive boy genius is tormented by his annoying, less intelligent, and meddlesome sister — not “Dexter”, the show about a Psychopathic brother who truly displays attachment to his own adopted sister. 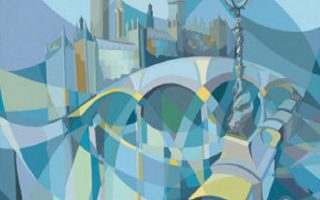 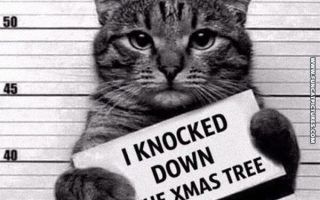 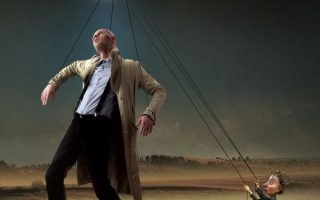