Religious abusers who tout the use of opposite gender, who assert power and dominance as a vertical competition between sexes, and who strive to socially humiliate and overtly abuse people of different sexual persuasions are the root cause of trauma many victims targeted for abuse spend a lifetime trying to recover from and/or endure. Religions that promote Cluster B, narcissistic, entitlement-based thinking, and that encourage the social and emotional abuse of others by class or stereotype are the absolute cause of nearly all human atrocities committed by one human against another throughout world history.

Truly, people raised from birth attending church or mosque indoctrination rituals like prayer meetings and Sunday services are at risk of being taught that Narcissism and the sociopathic abuse of other human beings is their moral right. Taught by their own parents and religious leaders how to think like a Narcopath, such people tend to proudly engage in group acts of mobbing — committing the logical sin of truly believing MIGHT MAKES RIGHT.

When it comes to humanism and the pursuit of ethical truth, it’s simply illogical to believe that because one person says or does something horrid while claiming it’s okay that other people recruited to support their sick and twisted beliefs are off the moral hook for overlooking or enabling others to be abused. Cluster B personality types are well-known for being the most charming and personable characters in the world as long as they are trying to love bomb, hoover, or psychologically woo.

Sexual predators and sexual ABUSERS (meaning those who strive to shame, humiliate, disenfranchise, and publicly smear campaign while socially isolating people who are of a different sexual orientation) are morally insane, if not logically compromised with regard to ethical IQ.

Sexual bullying, as a cultural practice and social habit, is never moral, just, or in any way, shape or form “right” to do — no matter what any Cluster B thinker or corrupt authority figure in your home or society tries to tell you.

More complex sexual abuse of other individuals includes soliciting a child or other adult for prostitution, taking pornographic images of another person to use in any way that is forced under duress, sharing pornographic images without the model’s express consent, taking lewd or socially embarrassing videos of other people when they are inebriated or unaware they are being filmed or recorded, making a child, teen, or young adult model in adult-themed poses typically used solely for the solicitation of sexual images related to marketing or pornography, or making lewd solicitations using verbal assaults or sexually suggestive body language.

But here’s the kicker — all the aforementioned types of sexual abuse are all fundamentally rooted in Cluster B entitlement-based thinking — something that reflects an absolute lack of respect for other individuals, a “holier than thou” perspective, and purely narcissist cultural values.

For that reason alone, any person who fails to either examine the thinking behind social activity or bias is truly guilty of engaging in entitlement-based moral laze. Those who follow the crowd without ever engaging their moral brain or empathy emotional processing abilities are the most dangerous kind of moral flock, falling prey themselves to the most vicious and unethical of community leaders plans to use and abuse other people with help.

Normal childhood sexual exploration behaviors that should NEVER be ridiculed (but should instead be handled as proper socialization lessons teaching about the difference between private time and public space) include but are not limited to the following:

If YOUR parents or grandparents (or another human being) shamed you for engaging in such behaviors at a young age, chances are you are likely to have some sexual shame as well as sex-oriented “moral” issues. The worse you were shamed, the more likely you are to have developed a sense of entitlement to sexually harass and humiliate others, plain and simple.

Children of the same sex exposing oneself to another play companion or children of either sex or sexual orientation engaging in mutual acts of pleasuring one another might be culturally inappropriate in the eyes of some, but it does NOT have to traumatize the adult version of humans.

Sexual shaming of people for being gay, enjoying sex, or being transgender is absolutely rooted in Cluster B family values. Avoid letting your own cultural bias against living a different sexual lifestyle than that which is comfortable for you to personally enjoy trick you psychologically or morally into thinking that gives you the right to socially, emotionally, or psychologically abuse.

Avoid teaching your own children by example how to bully people of other cultures, including gender or sexual identities. If anything in this 3rd-dimensional world is a sin, it’s teaching your own family members how to act aggressively like socially entitled Cluster B personality disordered predators.

But by all means, engage your thinking apparatus that most presume a creator who is highly intelligent and capable of knowing more than YOU gifted each human by birth. An intelligent and loving God who made all things possible in the world — including making sex a pleasurable experience for consenting partners that produces endorphins and clinically healthy neurochemicals like OXYTOCIN — might actually know more than some Narcopathic religious zealot when it comes to knowing what he/she/it is doing.

Claiming you know better than God, that you have a right to touch or socially abuse others without their express consent, or that you are vertically positioned as a moral authority over other human beings (while acting with an arrogant presumption of grandiosity) reflects trained and culturally supported TOXIC THINKING PATTERNS. Giving up Cluster B thinking habits is the only way for humanity as a whole to culturally and civically evolve with regard to sexual abuse issues, including protecting our current generation of children and grandchildren from parents and grandparents who actively strive to train mini-me personality types who inevitably grow up to become abusers or abuse enablers after being indoctrinated in their toxic family’s errant thinking processes.

Just say NO to the perpetration of social, emotional, psychological, and physical abuse of any man, woman, or child you know. If you don’t know a person personally yet still feel socially compelled to abuse them, for the protection of society at large and especially that of your own children, friends, and family members, seek immediate help from a trained and qualified Cluster B personality disorder expert.

No child or adult should ever be forced to listen to or overlook the moral crime being committed against human beings when a parent, relative, or person known to them uses socially overlooked or tolerated hate speech or entitlement backed unrepressed sexual aggression to sexually socially use or clinically abuse.

Call your local social services agency, a suicide hotline, or domestic violence advocacy agency when and if you feel overwhelmed or suicidal after speaking to or reading hate speech assertions made about your own sexuality or gender-related stereotype when and if the social humiliation, devastation cultural isolation, and pervasive anxiety-producing social media shaming finally do get the emotional best of you. True Christians and other people who are of good faith and kind moral nature exist in the world — and yes, we’re all right here waiting with open arms to help you heal from such perverse and truly caustic forms of culturally sanctioned spiritual abuse. 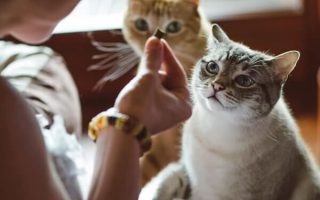 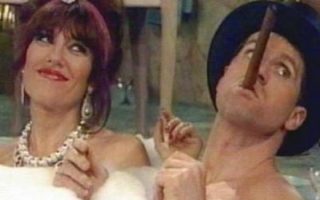 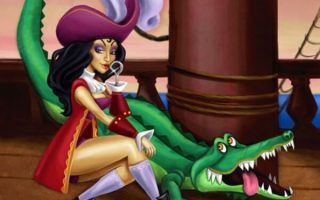