Have you ever heard the phrase “misery loves company”? It is just as true around alcoholics and problem drinkers as it is for toxic family members. And it’s even truer around sensitive holiday times when family members feel compelled to spend mealtimes together on holidays like July 4th, Thanksgiving, Christmas Eve, and Christmas dinner.

Gatherings between friends get hinky enough when you add drama, ill-tempered personalities, or alcohol — so if the wine, beer, or Scotch come out, do whatever it takes to resist the urge to drink as a coping mechanism. Emotions tend to run even hotter during holiday seasons and tempers almost always flair at holiday gatherings when a person attending or hosting has a seriously abusive personality disorder.

Alcoholics and problem drinkers love nothing more than to claim they were just drinking because everyone else was or because it tastes great with the food. Dry drunks who act like alcoholics but can’t keep up with their desire to self-anesthetize (due to age, probation status, or some other limiting factor like a prescription medication conflict) are even worse.

If they insist that you join them, put orange juice or some other soda mixer into a glass and simply forget to add the hooch. If you have to drink a toast and cannot avoid the alcohol (because you are not a problem drinker who is known for being a teetotaler or on the wagon), keep slipping cubes of ice into your glass or dumping shots down the drain on the sly.

Worst case scenario, if toxic family members or a narcissistic peer group insist you do shots with them as part of a physically and socially caustic ritual, fake a distraction. Never underestimate the value of pointing a finger of blame in a totally nonsensical direction while loudly proclaiming, “Did you see that?” while simultaneously dumping your shot in a planter.

Keep your wits about you at all times so you are able to spot the red flags and warning signs that abuse is about to occur. Staying sober decreases the chance of getting a DUI or DWI while fleeing the emotional crime scene, too.

Speaking of medication, it’s actually a wonderful excuse. If your family is incredibly pushy and truly dysfunctional, chances are if you refuse to drink liquor in some form or another they will either choose to ridicule or socially and emotionally ostracize you. Simply piping up with a canned excuse that you are taking a prescription drug, over the counter medication, or herbal supplement that does not mix well with alcohol and is likely to make you very sick can shift their perception of your refusal to partake with them from being something that causes narcissistic injury to something that even you yourself are not likely to want to have to refuse.

Seriously, though… in all reality….  be thankful you are reading this post rather than actively playing the Thanksgiving holiday fool. Ain’t nobody got time for that in the 21st century. Let the dinosaurs continue to hunt their prey.

Stay true. Have a drink later on at home in the evening to relax after the party — but while you are there, speak slowly and think every single compliant or complicit action entirely through.

Ultimately, keeping your wits about you, setting and enforcing healthy boundaries around alcoholics or situational alcohol abusers, playing Jane Goodall for the day while you observe the circus monkeys interacting with one another in their most natural environment, and driving home safely with NO alcohol in your bloodstream truly is the safest recreational activity a person from a toxic family that drinks heavily most likely could possibly do. 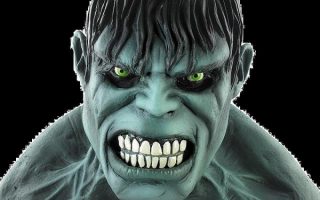 How physically dangerous is your Abuser?

Flying Monkeys, This Just In 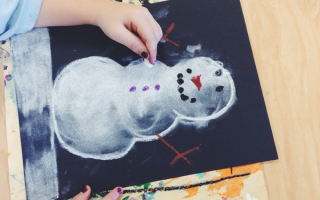 C-PTSD, Holidays and Birthdays, This Just In