What is invalidation? Someone making another feel or look as if they socially, spiritually, or personally do not matter.

You matter. You are the only authoritative source on your personal subjective experience of life and your opinion. Do not let an Invalidator try to gaslight you into believing or ever acting otherwise.

Psych Central says, “Emotional invalidation is when a person’s thoughts and feelings are rejected, ignored, or judged [in an unflattering, shaming, or target isolating by likely humiliating way].

Boston Child Study Center adds, “Traumatic invalidation occurs when an individual’s environment repeatedly or intensely communicates that the individual’s experiences, characteristics, or emotional reactions are unreasonable and or unacceptable.”

“An environment perceived as invalidating generally means that the child grows up feeling that his emotional responses are not correct or considered in the regular course of things. Over time, this can result in confusion and a general distrust of a person’s own emotions…” reports Very Well Mind.

All trusted, pro-social psychiatric and forensic psychology, as well as historical resources, confirm the act of invalidating another person is indeed damaging short term and long term to society, to the victimized person, and even to the Abuser

The act of indulging toxic behavior impulses is damage to the brain’s neuroanatomy and complex emotional processing centers.

Vocabulary.com notes, “To invalidate means to cancel something or make it void, as if it never happened. In [the key term] invalidate you see the word valid which means true or correct. When you invalidate something you are making it less true, less official, or less correct.”

This precise and specific social abuse tactic of invalidating a rival or a person to target does just that in human society. As a Hospitality Abuser sets their sight on gaslighting and manufacturing chaos in the life and emotional body of the person they seek to harm, they release toxic neurochemicals into their own brain that are addictive and medically destructive to themselves.

The person who juices the brain and adrenal system all the time bloodlusting socially or acting sneaky and duplicitous to self-promote or to alleviate existential angst or pure physical neurological boredom all share something in common. Namely, and addiction to self-indulging in emotional as well as anti-social and profoundly malignant and narcissistic forms of emotional hedonism.

By invalidating others to make self seem, feel, or appear to self and or to self and others more large or esteemable than the person’s mark, the Gaslighting using word spin to create a false portrait of reality in the mind of their dupe the Cluster B person chooses to act like a rube.

In trying to make themselves look big by invalidating others, the socially deplorable person reveals their own core nature and likely Collapsed Narcissism.

People with Dismissive Avoidant personality types use the Narcissistic Abuse tactic the most often and obviously. With a wave of their hand and their nose in the air, they find something to lessen the social impression they leave of themselves and whatever or whomever they use words to harm by choosing to socially devalue or to minimize the object or objectified person’s or social event’s valued and publicly and or privately acknowledged worth.

Those who lean towards having ASPD of any variety — Sociopath, Narcopath, Psychopath, or Dark Triad — are most likely to invalidate by making ad hominem attacks on the person, object, or a social event’s character.

Expect them to blurt the most humiliating of insults, and then to claim the person offended by them intentionally misunderstood and has no sense of humor.

Family members of those types of Cluster B people understand their relatives are mean.

And that when they say something wicked or intended to hurt them it’s because that is exactly what the Social Predator means and intentionally wanted to say in that unsettling or hurtful way.

If a Social Predator says something nice they were more than likely being snarky or sarcastic.

If they say something mean or that terrifies you to your bones to hear, chances are they were being plainly honest — even if later they try to pretend whatever they initially blurted was indeed some form of them joking.

Words used to harm are what they are — Narcissistic Abuse of other people’s time, hospitality, and body. Abusers know invalidation of their targets dehumanizes them while producing in their prey a biological feeling of Flight, Fawn, or Fight panic whenever they engage the psychological assault.

A person invalidated feels absolute panic and physical anxiety unless their NLP training is so physically strong that they learn whose opinions to value and when to let other people’s thoughts be there own.

It is because they wanted to let you know exactly what they think of you and they want you and everyone else to allow the verbal projectiles to skew the listener or perceiver’s opinion, why the Abuser or the Abuser’s Enabler seeing to silence a victim invalidates.

Whatever the case — try not to do it.

We all are guilty of having self-centered blinders on at times and culture tunnel vision. Validation of human genetic rights to be self-differentiated without needing to be competitive helps people get over the first nurtured hurdle of social Xenophobia.

By seeking to validate that individuals are allowed to have their own subjective opinions, one can validate multiple perspectives from various groups and people without needing to leave anyone out of the metaphoric multidimensional social Venn Diagram. 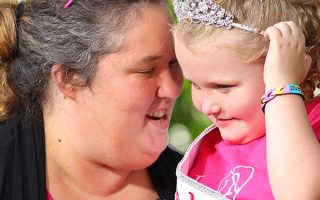 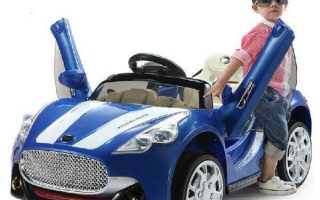 Common abuse tactics Abusers use to feel powerful and in control 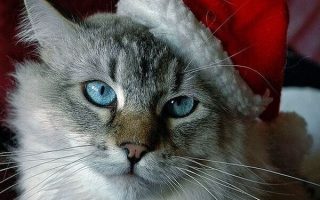 Narcissistic people ruin holidays and birthdays by refusing to be pleased