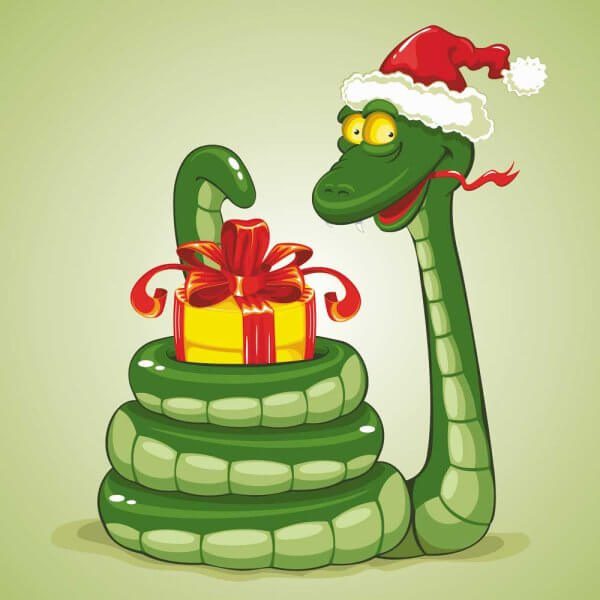 Check this out… it’s a special event or important holiday season coming up and your favorite Narcissist with Sociopathic tendencies is at it again, ramping up to spoil yet another annual gathering of family and friends. Why do they do it? Because Narcopaths have massive impulse control issues, know the difference between right and wrong, and love causing kind and loving people cry (by and large for the most part). So how do you handle holidays when and if a person in your family or peer group has a Narcopathic personality type and hates anything that reminds them of their own biological limitations with regard to processing or handling complex emotions? The answer is simple. Learn how to go Gray Rock about their propensity to abuse without feeling the need to overlook their bad behavior or reward them by acting like emotional vampire food. The only right way to handle a Narcopath on holidays is not to invite them to your special celebration or parties. But here’s a few things one can reasonably expect to happen if and when a party host decides an ill-mannered and non-appreciative person is someone they would like to include.

Yep — they are at it again, the Grinch who Stole Christmas (and every other happy holiday memory) from their beloved relatives and closest personal “single with no place else to go” friends.

The holiday saboteur, be it a birthday, Christmas, Mother’s Day, Father’s Day, the Fourth of July, Thanksgiving, Easter, or some other celebratory mile marker event and the Narcopath simply cannot resist hurting people who have holiday spirit or strive annually to bring both themselves and other people a bit of cheer.

Ruining holiday celebrations for other people is one of the biggest “red flag” symptoms of Narcopathy, commonly reported on the victim’s top 10 C-PTSD causing offenses list.

The Narcopath is a narcissistic Sociopath, meaning that each one will — in their own personal uniqueness — never fail to do the wrong thing at the “right time”. What this means is if there is clearly a right place and time to make a loving, thoughtful, or polite decision, the narcy pack animal will note the difference.

Once they figure out how they should act for the highest and greatest good of all concerned (themselves included), they will consistently figure out the most creative yet predictable of ways to cause familial mayhem and absolute hurt.

Narcopaths have a massive superiority complex that comes off as something less than that. For years, most had psychologists and psychiatrists duped into believing that at the root of their personality disorder was deep-seated self-loathing that manifested as low self-esteem. This was thought to have been why they would seem to engage in self-sabotaging behaviors.

But new brain scan technology is starting to back up what the intuitive parents of children who were born Cluster B have suspected or stated outright all along. “That ain’t it!” they say.

Brains with a natural thinning in the area of the brain where complex emotions like empathy are perceived, originate, and are neurologically experienced simply do not work like average or more normal brains.

Parents of “Bio Bs” or snakey people know that their children get off on doing things to hyper stimulate themselves and other people emotionally. You see, most Narcopaths are simply emotional flatlines unless they are manipulating (meaning running some active con) or they are raging. There’s no emotional biochemical activity between the extremes.

Either they are hooked into someone’s aura or psychology and playing a mind game, positioning themselves in the all-powerful psychiatric and physical lead or they are ranting and raving (or irrationally stonewalling. Impossible to satisfy or please emotionally speaking, the Narcopath is the ultimate energy vampire who essentially sucks the life out of random people when and if they feel uneasy.

Preferred targets and reactive scapegoats are the favorite psychological food for narcopathic people. Exhibiting traits of both Narcissistic Personality Disorder and Anti-Social Personality Disorder simultaneously, they could care less about whether or not their decisions in life set them back a few steps.

Narcopathic people, especially those who are Bio Bs, tend to have 100% confidence in themselves and their ability to succeed. Sadly, this is rooted in the very real fact that on a moral and social level they don’t care one bit if this proclivity is rooted in their core nature to bottom-feed.

Working for a happy lifestyle takes effort. Narcopaths despise happy people. Combine the two realities, and it’s easy to see why the person who is sentimental or nostalgic and strives to create a home life or holiday celebration infused with opportunities to enjoy making special memories together makes that person a big, fat target for the Machiavellian menace to aim at with glee.

As the years go by, People Pleasers tend to try harder and harder each year to erase bad memories from the past and replace them with new ones. Having every holiday event sabotaged by a Narcopath or toxic family unit truly crushes the life and spirit of the person who is emotionally sensitive.

This destruction of another human being is the exact goal of a Narcopath, and the more they tend to exhibit traits of Malignant Narcissism along with Sociopathy on a day to day basis the more likely they are to head into any holiday day or season with their metaphoric guns a’ blazing. Infiltrating the event — meaning making sure their name is on the guest list is the easiest way for them to ruin events. Those who are estranged or hate monger from a distance will do passive-aggressive, spiteful things to their targets such as cyber troll photos of those who they perceive to be easy marks to upset or narcissistic rivals in the true Cluster B sense.

[Narcissistic rivalry is typically a competition for attention and power manufactured and played out wholly in the mind of the Cluster B predator. Their rival or target need not know the cause of the “narcissistic injury” that got them targeted in the first place and need not do anything other than breathe to continue to vex the ill-tempered, irrationally egocentric, and socially malevolent Malignant Narcissist.]

While a Sociopath may or may not wreck a holiday gathering or someone else’s birthday (depending on their mood that day), a true Narcopath won’t be able to control the impulse to insult, demean, or otherwise ridicule and provoke.

The more Malignant the person, the meaner their attacks. The more Sociopathic they are, the more likely they are to simply mess with other people’s heads and emotions for no other reason than to claim they were just joking in an effort to net gain only themselves and others like them a hearty laugh.

The Malignant Narcissist with Sociopathic Tendencies likes making other people feel small. They enjoy the feeling of being able to humiliate other people socially and to crush their self-esteem emotionally.

Rather than striving to help other people or to create a loving, supportive home environment for children to grow up in and parents to live in as romantic partners, everything to them is about fostering social competition. If someone else is happy, that person’s mood must be destroyed. If someone else is sad? That is like chum to a shark, noting that a true Narcopath cannot resist the urge to kick another human being when and if they are down.

The only seeming exception to the “kick me” sign rule each emotional person pins on their own back when and if their emotional sensitivity gets the best of them is when a covert predator can use a down emotional time to psychologically step in and grossly manipulate or gaslight that person.

Crying to your husband about your Narcopath mom making digs at you as the host of a party when no one is listening then feigning innocent when you cannot hide the upset emotion? If he’s got Narcopath tendencies, too, because you married a person whose interior mindset seemed much like your own family (meaning familiar) and man, do you ever have a problem.

Expect the brain fawk of the century to be laid on you about it’s your own fault for wanting to celebrate something like Christmas or a birthday. After all, “as any fool can plainly see” the holidays are for people who are nothing more than hippie-dippy tree huggers, emotionally annoying, waste of physical space, freeloading personality types who are truly nothing but sheep and meat for the commercially driven consumer beast.

[Just an aside… they aren’t. Many true Cluster B people do not have the hard wiring in their brain to allow them to comprehend empathy so holidays (to them) are nothing more than days on a calendar they are forced to endure — not anything sentimental in nature or rewarding to participate in with a sense of spirit or camaraderie.]

If it’s their birthday or a holiday like Halloween, there is a chance that they will be all smiles and partying. Why? Because both are days they can live out their fantasy desires and have those around them typically treat them like royalty.

Expect a Narcopath to enjoy dressing up in outlandish costumes for Halloween and to seriously enjoy going to nightclubs with risque parties. Expect that same Narcopath to expect to be given expensive, over the top gifts for their own birthday celebrations. Not tons of presents, per se. They will complain and complain when and if you take the time to create a festive environment complete with ribbon, bows, gift wrap, and other birthday party trimmings.

No — the Narcopath wants gifts. They want stuff. They want what they want when they want it regardless of whether or not the family budget can afford it.

That means the Narcopath will buy themselves their own birthday gifts annually before even having the courtesy to allow a love interest, child, or another family member to shop for a sentimental item to give them. Make out a Christmas list and two days before the big day and the egocentric person will go buy himself or herself absolutely everything they already asked the family for, leaving gift-givers feeling stupid having wasted money double buying and without a present to give that could possibly be satisfying.