Expect all Collapsed Narcissists to be socially competitive with other human beings for social resources, material goods, things like money, and for attention. But not normal competitors — they tend to loathe and resent other humans’ successes and to covet whatever other people have that appears to make that person feel happy, comfortable, safe, or successful.

Basically, when someone Narcissistic (or Psychopathic or Narcopathic or Malignant in general) collapses, it is seldom anything less than a terrifying spectacle to watch happen in slow motion.

Someone fully chronologically an adult having a toxic Adult Child mentality are what they are; cranky, sinister, cantankerous, prone to sabotaging and undermining everyone they encounter as par for their golf course.

Collapsed Narcissism, defined as a second condition that forms after the original formation of NPD [Narcissistic Personality Disorder — a nurtured rather than by nature condition], tends to emerge during middle years of youth (rather than in early childhood).

Elementary school children who are at risk of becoming a Collapsed Narcissist adults tend to show all the signs early in front of the people who know them best and or to those who they covertly abuse then pretend that they have not harmed.

In fact, it is always a good idea if you are someone studying Forensic Psychology of Social Predators like Robert Hare studied to remember that most of the world’s most common Cluster B personality disorders are formed when a person is between the ages of birth and age four.

The same goes for most people’s personality types. Healthy or not, we all take in impressions of what the world is like when we are infants; if our home environment is toxic, we are all typically already broken in some way before we’re even toddlers.

A Collapsed Narcissist is a person groomed to believe they are entitled to special treatment and rewards. A person who gets angry when life does not hand them over whatever they demand or desire on command.

Bottom line, people who develop the Collapsed Narcissist personality type tend to have the emotional intelligence of Veruca Salt after her parents lose their cash and her lifestyle.

Collapsed Narcissists are the least trustworthy kinds of folks to socialize with or to enable to “float” in your social environment. They drill holes in other people’s lifeboats then pretend to feel sorry for them while watching them sink — enjoying having successfully sabotaged them without getting caught.

While you panic and start to frantically bail water from your sinking craft, they float away to safe shores in the boat that was never meant to be theirs.

Purely transactional, seeking attention and favor, the nurtured narcissistic social predator is the type Machiavelli himself described as “Fickle” by nurture as well as by nature.

Duper’s Delight (Dupers Delight) is their most common neurological red flag of psychological dysfunction as well as their “I am gaslighting you” microexpression that gambler’s call that person’s most obvious but still covert poker tell.

A Collapsed Narcissist is a person who is groomed to be socially competitive for affection who develops a narcissistic rivalry with anyone or anything that gets more attention or social affection than they do at any given time or moment of the day.

Collapsed Narcissists are typically the firstborn child type who resent his or her younger siblings if a parent doted on them until they were no longer cute or new.

They see the interloper as a replacement for their primary caregiver’s affection.

Parents who cultivate Sibling Rivalry deliberately by fawning over a first child… then turning all their attention to the NEW child or baby in a family are the people most socially and medically responsible for harming their own offspring by treating them like competing objects.

In a world where survival of the fittest personality types depends on collaborative efforts rather than on competition, enabling Collapsed Narcissism to form in a toddler or young child is arguably morally unconscionable and requires immediate multigenerational observation of related NLP damage caused by exposure to the toxic behavior.

The Collapsed Narcissist acts like the Disney Lion King movie and Broadway musical’s Uncle Scar. Fickle followers who are Transactional Thinkers tend to behave in public and private very much so like the Hyenas.

The fictional character Archie Bunker from “All In The Family” — the American television series (a sitcom) made by Carl Reiner — is a stereotypical Collapsed Narcissist.

Archie Bunker demands to be treated like Royalty. He is often seen as a cult hero or urban legend driving concept of irrational grandiosity into the minds of targeted and very specific audiences.

Why? Why did his personality collapse?

Because his parents likely told him from the time he was born that he was better and more deserving of social reward or attention than other people. And he never bothered to question or to wonder where they got their ideas in life from or social psychology driving information.

All are prone to demean others to elevate their self-esteem.

The problem with their plan is no one is impressed. They reveal their core nature when they project.

Their most refined skill sets seem to be snarking and making everyone around them generally uncomfortable once the mask begins to slip.

Remember the fastest way to identify an Archie is to really listen to how people talk about themselves in relation to others.

An Archie Bunker personality type was told they were the most special child in the world until they were replaced by a younger, cuter sibling or until they turn into a teenager. Then, how they were treated tends to depend on whether or not they were physically gifted with talent or an attractive face and personal figure.

The Collapsed Narcissist is the Adult Child who was told they were the prettiest or the smartest or the most handsome to the point of grooming the child to have an over-inflated sense of personal confidence and self-worth compared to other members of their own family, social circle, or community.

When the babyface turns from cute to common, the psychologically mis-parented youth is likely to develop intense Narcissistic Rivalry related to anyone who turns other people’s heads or who net gains attention the collapsed groomed Megalomaniac thinks they — rather than the other person or ultimately objectified peer-group — deserve.

When gauging how to deal with a person exhibiting Collapsed Narcissist traits, remember to approach them as if they are unruly and six without letting them know you are on to their dysfunction. It will tend to decrease social conflict and stress in general without the problem person even realizing they have been handled or behaviorally managed.

Sadly, the only way a Social Predator like a Collapsed Narcissist succeeds in life is if they are constantly surrounded by people willing to act like sycophants who enable. The personality type is profoundly co-dependent and without their Enablers acting like servants [as well as like that person’s “Eric Cartman on South Park’s Dream Wife and Mother”] they tend to exquisitely fail at succeeding in long term taking care of themselves.

The Collapsed Narcissist is the most likely candidate to require Assisted Living facilities or live-in and doting companion caregivers from whatever time they are old enough to physically start losing sexual prowess and or socially related professional power.

Anytime they feel someone or something is getting some kind of social or emotional attention they want or a material need met they get immediately jealous and demand the spotlight and all the goods come directly and in surplus to them and only to them, them, them.

Gluttony is rooted typically in profound FAS or neurologically based Object Permanence Syndrome.

Collapsed narcy people are the type that may or may not [at any given time when they are behaving poorly] notice anything other than their own needs or emotions.

Their social habit of only caring about themselves is nurtured. It’s also profoundly anti-social of them to ever indulge, as logic dictates the behavior is socially devolutionary as well as the habit profoundly neurologically toxic. 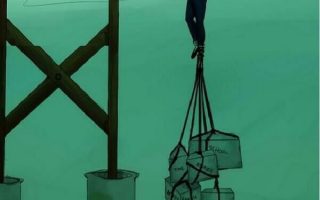 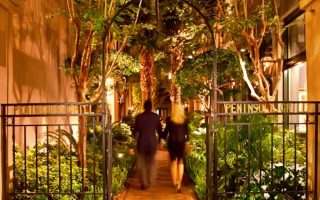