Withholding Affection is a narcissistic abuse tactic. It is a wholly different abuse strategy employed mindfully and deliberately by Cluster B people against their targeted victims than ghosting or stonewalling (meaning to refuse to engage in any meaningful dialog or a refusal to listen with any social or communication-seeking intent to understand or to consciously validate others).

Furthermore, it has nothing to do with the process of going NO CONTACT, no matter how many abusers or Abuser Enablers try to gaslight a recovering abuse survivor into believing that unjustly and malevolently persecuting their abusers (as opposed to simply ending a relationship and withdrawing permission for a socially aggressive person) is what they are doing.

Withholding Affection is a Narcissistic Abuse tactic used to MANIPULATE or change a targeted person’s biological response by inducing them into a fear of abandonment mode. Going no contact simply ends social enmeshment.

GHOSTING is done with no explanation or warning anything is even wrong. A person who ghosts others is likely to be a Love Fraud con artist — you know… the kind who shows up, spends a wonderful night, weekend, or a few months dating then disappears out of the blue and never calls you or contacts you again without giving even the slightest indication of why they halt contact or what prompted victim desertion.

People who withhold affection are like ladies who withhold sex and romantic attention from their partner unless they are excessively praised, capitulated to when their behavior is poor, and who require monetary compensation or some form of bribe before they are willing to be kind to other people. Men who withhold affection from wives are seriously guilty of using this passive-aggressive manipulation tool to their personal advantage comprehensively, too.

People who are passive-aggressive and seek to dominate other people psychologically and emotionally are very prone to withholding affection in order to get their way or to force others in their personal lives to pay attention to them. The person who is denied validation for their mere existence is catapulted into a world of biologically inspired pain and psychological confusion while the person withholding gets a power rush that tends — in a Cluster B person or vertical thinker’s mind — to release in them a flood of pleasurable emotions.

People who withhold affection use touch, attention, and sex to manipulate. They “have a headache” that simply cannot be cured or relieved by any method — the same way one cannot wake a person who by freewill choice stonewalls while pretending to be asleep.

Their victims pay with their lives, literally — typically by developing comprehensive co-morbid C-PTSD and stress illnesses or injuries.

Withholding of affection happens in sexless marriages. It also happens with adult children of toxic parents who are written out of wills or exiled from family gatherings for crimes like standing up to emotionally, socially, or abusive familial authority figures or any relatives.

Withholding of affection happens with Cluster B parents who have been coached to brutalize their own child abuse victims further by refusing to communicate with an intent to listen, to help heal, or to understand when and if their child or adolescent starts to stand up for themselves and refuses to capitulate to a control freak parent’s unreasonable and punitive, sadistic control-oriented demands.

Morally low EQ therapists who misappropriate the term “tough love” fall into the category of a Cluster B Machiavellian thinker using trauma bonding techniques alternated with biological trauma inspiring withdrawal of social support and affection to intentionally provoke fear and biological stress in targeted kids tend to enjoy sitting on the sidelines and watching the live-action drama unfold.

Their goal is to make the child so fearful they will fail on their own without parental assistance, maternal love, or paternal assistance that they will crumple in spirit under the weight of their own neurologically inspired and deliberately malevolently stimulated fear of abandonment.

Once the biology takes over the mind, the massive social anxiety sets in; once that switch is flipped in a target, controlling them psychologically and emotionally becomes almost effortless for the control-seeking person.

People who actively engage in pot stirring and who strive to manufacture triangulation enjoy doing similar things, advising whoever is abusive or who owes a clear and sincere apology to another to stand their ground and withhold affection until the targeted mark begs and pleads for attention.

They love to bait, provoke, and then watch while the targeted marks shrivel and succumb to biologically inspired feelings of social terror and emotionally led bouts of abandonment fearing duress.

Positioning themselves in the middle so they can maximize viewing pleasure while being able to socially abuse the trust and hospitality of both targeted marks or cash-paying parties, the covert abusive therapists have made countless dollars for decades giving the most brutally horrific advice to Cluster B people’s domestic abuse victims you can imagine while teaching Cluster B people how to use withholding affection to control other people’s biochemistry, neuropsychology, self-esteem, and emotion.

Sadistic voyeurs like profiteering mental health professionals tend to teach vertical thinking clients to employ touch love tactics to defeat and crush the will and spirit of their targeted offspring.

By suggesting a person with an abusive or dominant personality type withhold affection from a romantic partner or abused child who is bucking and seeking emotional support, the toxic therapist profits financially while giving themselves a ringside seat for the fireworks.

People who go no contact oftentimes take abuse for decades, allowing any attempt at establishing a healthy lifestyle or boundaries to be crushed. Those who go no contact give up their desire to remain engaged — meaning they could care less whether or not the person who they are withdrawing from who mindfully chose or chooses to disrespect their human rights changes or not because with luck and determination on the part of the healthy survivor if the abuser DOES change, the social plus will happen nowhere in the victimized party’s sight.

People who go no contact set and express healthy boundary choices, then simply respect themselves enough to limit or end interaction with any person or peer group who feels they are entitled to disrespect or abuse the hospitality of the victim or scapegoat.

It’s step one of making healthy lifestyle choices about who you choose to spend time around. Bottom line — just say NO to continuing social enmeshment with any circus monkeys or clowns unless you are purposefully trying to make yourself feel ill and strive to nurture and cultivate your own frown.

People who withhold affection then give it when they get what they want are no different than toddlers pitching a fit for candy in the grocery store line. When the parent buys the candy and the child quiets and shows loving, surface-level complicit behavior, all the CHILD and parent do are reveal their own character.

If someone behaves poorly in a deliberate attempt to harm or deceive you with an intent to self promote at your or other people’s expense by freewill choice once, disengage.

The three strike rule promotes trauma bonding. After the third strike leaves a thrice-abused victim in an emotional and logical head-space where they have already nurtured a habit prone to enabling likely to leave them emotionally and psychologically gaslit into believing if they draw a line in the sand and say, “No more!” to an abuser that they are likely to be falsely accused by abusers and Abuse Enablers of withholding affection when they finally decide it’s time to self-advocate.

Withhold social support gracefully for any peer group or person by being clear about boundaries. But be kind about how you handle it.

Sometimes simply sharing one note or letter that explains why you are withdrawing from the relationship or further personal or professional association with a person or peer group that you feel the need to walk away from is the best way to assert your own rights without causing further confusion in the mind of anyone.

For instance, sending a letter of resignation to a boss, toxic lover, or long term acquaintance, or adult child who abuses and telling them the next time they trample over your healthily expressed boundaries not only what the boundary was, but that you are choosing to withdraw is enough to morally let yourself know you have done your part.

If you have been accused of withholding affection from anyone who abused you — verbally, sexually, psychically, financially, socially, spiritually, emotionally, or psychologically — understand you are being gamed by an active gaslighter promoting alternative facts as true measures of reality.

Withholding affection from a loving person who does not abuse others in order to abuse them emotionally or to get them to bend to your will is consciously using a tried and true Narcissistic Abuse tactic that has been codified in social practice and written terms for well over 2000 years.

Looking back over your shoulder when leaving a Cluster B person or an abusive lover is seldom advised for this very reason, as the Abuser — distraught only at the thought of the loss of Narcissistic Supply — is likely to falsely accuse their surviving victims of not giving them enough social chances to abuse.

If they want to believe that going NO CONTACT means you want them to change or somehow improve and that if they do they get to continue a relationship with you, it’s on them. Withholding affection to gain the psychological and emotional upper hand over a person you wish would make better life choices is passive-aggressive manipulation, the polar opposite of seeking to end social enmeshment. Thank you for reading -- 22328 people have also visited this page in search of Narcissistic Abuse Recovery information based on the key term and key phrase selection. 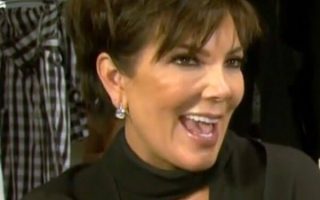 Holidays and Birthdays, Mommy Dearest, Scapegoat, This Just In

Surviving holidays with the narcissistic Mother-in-Law 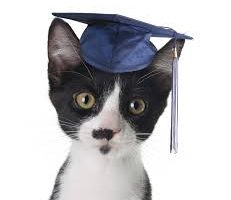